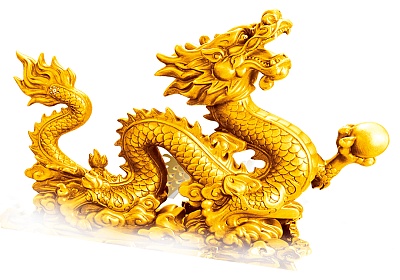 Calculate Your Personal KUA Number
Learn the method to calculate yourself

Method To Calculate Your Kua Number

What is KUA Number ?

The Kua number (also called Gua number) is based on the Chinese solar calendar, which is different from the western calendar. Therefore for those born before the 4th February, deduct a year. Example, if your birth date is February 2nd 1960, then calculate your Kua number as 1959.

To calculate your kua number, all the information you need is your year of birth and the gender.

Let's say you want to find out the KUA number for a person born in 1974.

Add number 5 to the number from Step 1. So, in the example we have 2 + 5 = 7. If it is a two digit number, bring it to a one digit number by  adding the two digits. Now you have calculated your Kua number which in this case is 7.

Some systems of Feng Shui do not use Kua Number 5.

Some feng shui masters and experts use the Chinese Lunar Calendar and some use the Chinese Solar Calendar to determine Kua numbers.  Since there is a small difference between the two, the result may differ according to the method employed for people born from mid January to mid February.

The difference between the two calendars leaves a cusp area for a small percentage of persons born between mid January and mid February. If you were born in January or February,  you should compare the two calendars to see if they give you different Kua numbers.  If they do give you different Kua numbers then you are in the cusp area. What you can do now is that you can try to determine your best directions from your personal observations. You should check the directions in which you have been sleeping over the years and compare them to the good (positive) and bad (negative) things that happened in your life. For example, if you slept with your head towards a particular direction and things went well or good and if you slept with your head towards a different direction and things were bad or not so good. Now this knowledge can be used to determine what your true KUA number is and what is best for you.

The Chinese solar year begins on February 4th or 5th each year at the midpoint between the Winter Solstice and the Spring Equinox. Since a lunar month lasts for 29.5 days and this constitutes 354 days a year, an extra month is added after every 3 solar years to compensate the loss of 11 days missing each year of the Lunar Calendar.

To quickly find your personal KUA number, use AstrOccult Feng Shui KUA Fortune Teller  which is a handy software tool that instantly calculates your KUA number and provides you the most appropriate advice on your auspicious directions along with other useful information including 220+ feng shui tips & remedies.

How to Use Your KUA Directions

All About FengShui KUA:

What is FengShui KUA Number